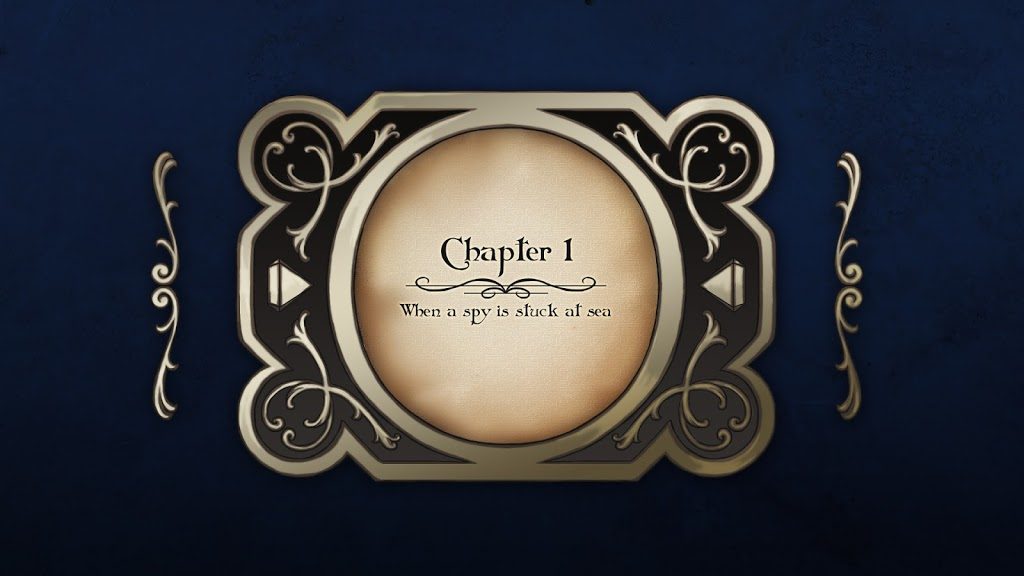 After a lot of work, the graphical user interface (GUI) is finally done, so it’s time to show off! Some of the content inside of it is still made up out of placeholders though, because those assets don’t exist yet (such as sprites), but let’s not ruin the fun. Below is a selection of the more interesting ones.

The chapter screen will appear whenever you begin a new chapter (a grand surprise). Because some of the chapters end in night, we made the chapter screen a bit dark. This way it’s a little easier on the eyes so you don’t get blinded suddenly.

Dividing the story up into chapters will hopefully help people find a nice break in the story flow so they can resume another time, since it was something people had some trouble with while playing our first visual novel Firefly. There is also a more plain version for the interludes in between chapters, but you’ll get to see that one another time. 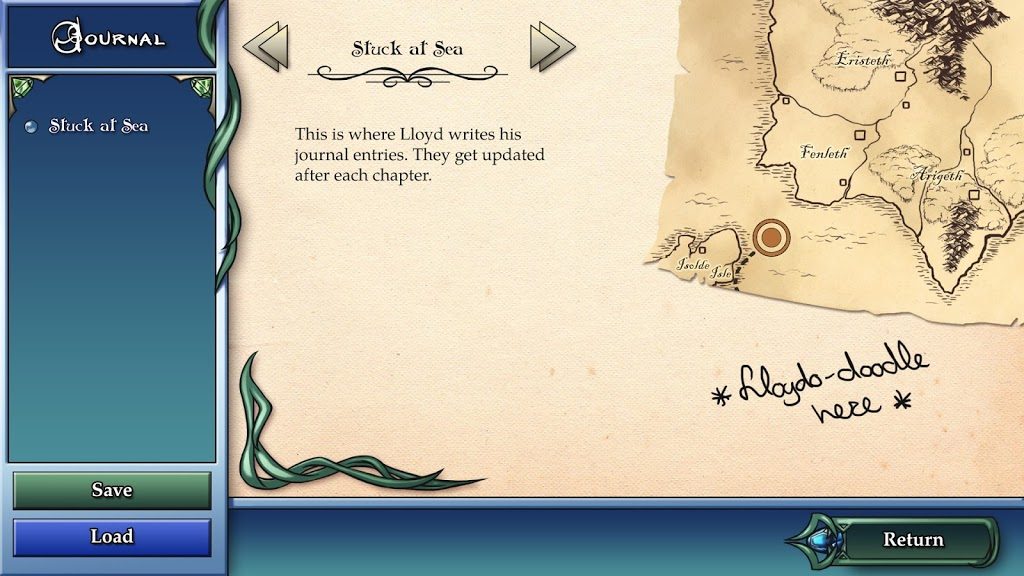 This is the in-game journal which can be entered at any time you wish while reading the visual novel. It gives a short summary of each chapter you finished, making it easier to jump back into the story if you need a little refresher.

On the left, you only see one journal entry now, but more will pop up as the story progresses. The map you see on the right will also be updated, portraying the route as Lloyd travels on. Furthermore, the summaries will be written by Lloyd himself, so prepare for some snark and doodles while reading these. 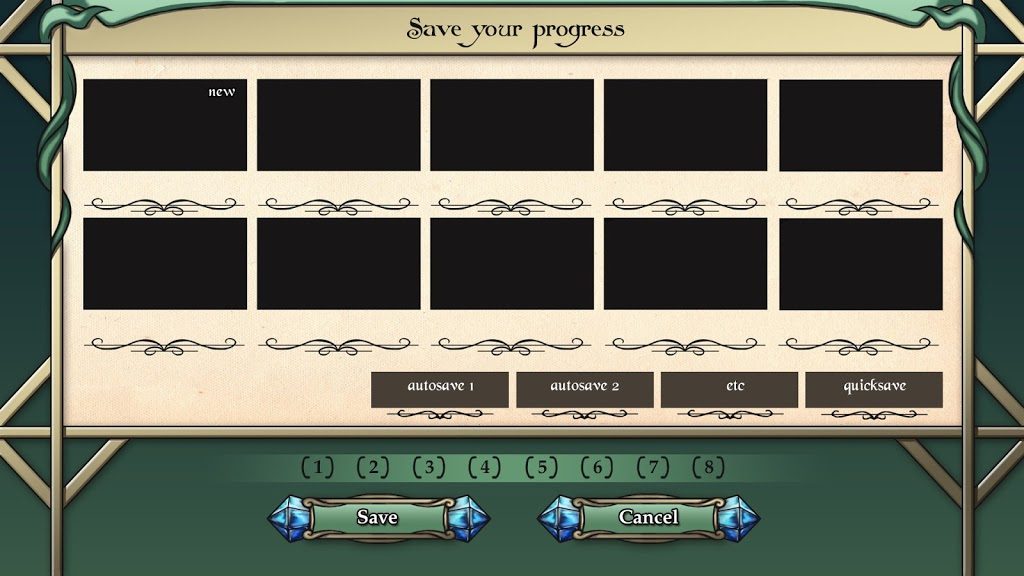 The savescreen will present a screenshot and other information of all your save-files, while marking the latest save as ‘new’. It will also have a few autosaves (created after each scene) and the quicksave, should you wish to override it. 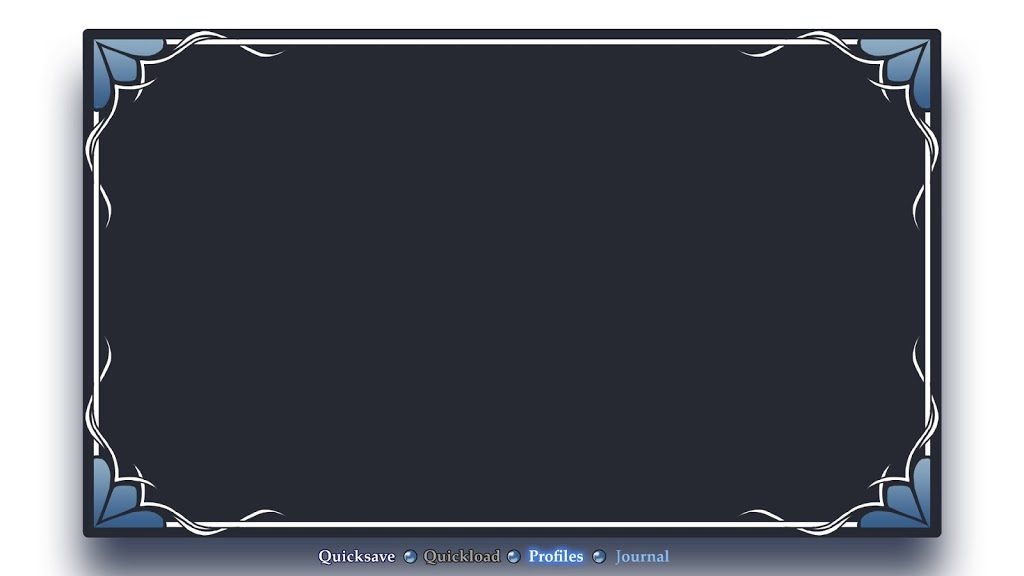 Novel mode will appear whenever there is no dialogue, but rather a monologue or an explanation where there is little movement on screen. Now everyone can read those in style. And in all other cases, we have… 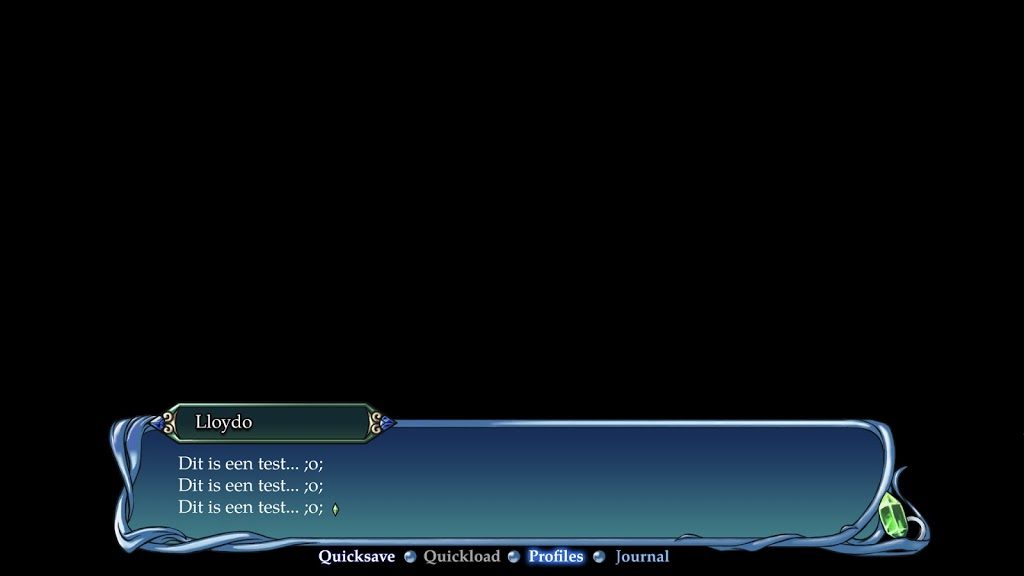 We showed this one last time, but now has a small ‘end of text’ indicator for good measure. Also, a certain main character’s developer nickname has been leaked out thanks to this image :D…

The other screens (e.g. profiles, dead ends, etc.) are also done, but they lack too much in-game content, making them feel rather empty now. This post is long enough as it is anyway, so this is all for now.

Next I’ll begin sketching poses and deciding on colours for all the sprites, while Kiki is still making sound effects. On we go!